Name: Your character's name and nickname if they have one.

Age: The age of your character.

Gender: Put down boy or girl.

Dinosaur: What species your partner is if you've find and battle wild dinosaurs or have a so called winner takes all battle with some one from the opposite faction put the species you've won but you can put only one species to start with.

Dinosaur Gender: Same thing put boy or girl be sure to mention the gender of the dinosaur won if you've won a new one.

Dinosaur Description: What is the scale colors of your starting partner and partners you've won.

Dinosaur Nickname: The name you've given your partner and partners won.

Move Card: The various move cards you have you can only start out with the one of your starting partner put a description of what each move does and which partner uses it.

Bio: When you first found your stone and first partner and move card along with when you joined with a faction. 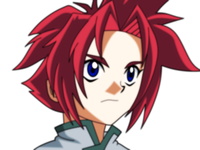